Boogie’s BBQ in Nürnberg is the only show in town. Not only in Nürnberg, but it literally is the only real show in the whole country. When I moved back from Alabama, I scoured the internet to find some, no, rather any, BBQ joints in my vicinity. The closest one I could detect is this one, which is about 200 miles away – and that makes a plate of pulled pork now and then a somewhat time consuming and expensive affair. I only have time to go there once or twice a year. So, I am living in BBQ diaspora now. Boohoo, cry me a river.
Although, the real problem here is not so much the distance that makes satisfying my instant cravings so damn near impossible, at least on a regular basis. No, the real problem is that Boogie’s BBQ ranks among the best I ever had – right there with my favorite joints in Alabama, Tennessee and Florida. Those guys in Nürnberg know how to smoke a hog. No wonder, the founder and owner of this place comes from Memphis and he brought all the knowledge with him to Germany. The pulled pork is tender, juicy and has an exquisite smoke flavor. The burnt ends are marvelous as well, and the brisket is just heavenly. They serve the meat with a quite solid bun of bread, not the American style soft variety. And that is a good thing, because with the solid bun you can put more sauce on it, without having to deal with a disintegrating, sloppy mess after five seconds. And sauce you will put on – they have four flavors, one hot, one fruity, one smoky, and one vinegar based. I always mix the hot one with the fruity one, but the other two are also very good. Of course, you don’t need to eat the bun at all and just devour the meat. But quite frankly, I prefer to soak the bun with the sauces, put the meat on it and eat like a pig, including the stains on my shirt and in my beard.
They serve the usual fixins as sides, and the potato salad is just great, and all other sides are good to very good. Meals are not really cheap compared to some BBQ restaurants in the States, because it is a novelty restaurant here in Germany, but I think the items are quite fairly priced for the quality and quantity you get.
Two more bonus points for this place are the very friendly and cheerful staff, and the basic layout of the restaurant. It has all kinds of US memorabilia on the walls, the tables have red and white checkered cloths, the background music is a mix of classic soul and blues songs, and you can even purchase T-shirts with their logo on them. If that place was suddenly beamed away to the BBQ in the southern US, it would fit right in.
So, for me it always is kind of a pilgrimage when I go to Boogie’s BBQ. I just hope and pray that it keeps on serving us poor sinners for a long time to come. 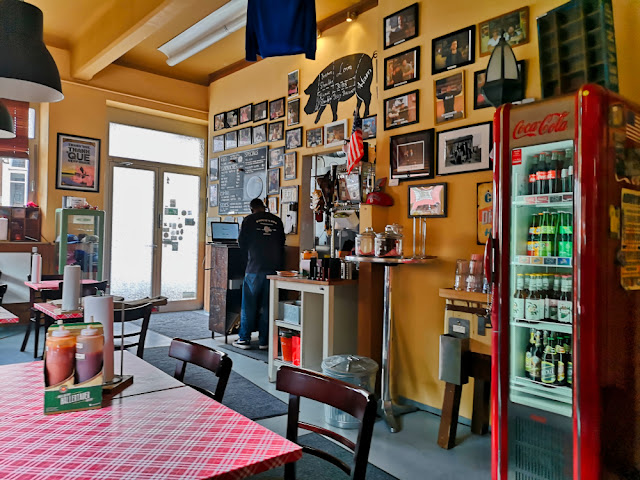 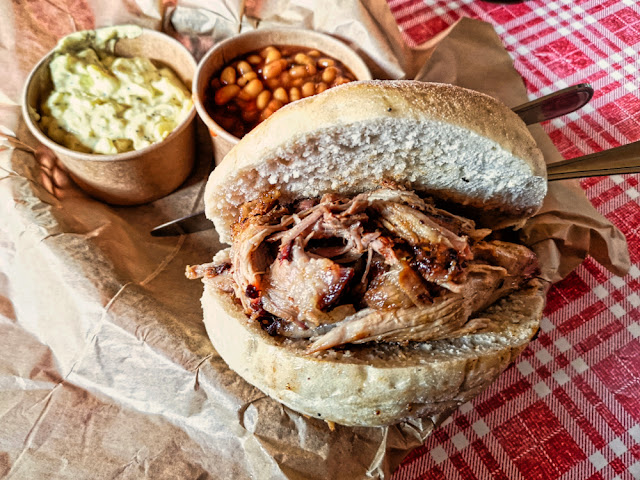 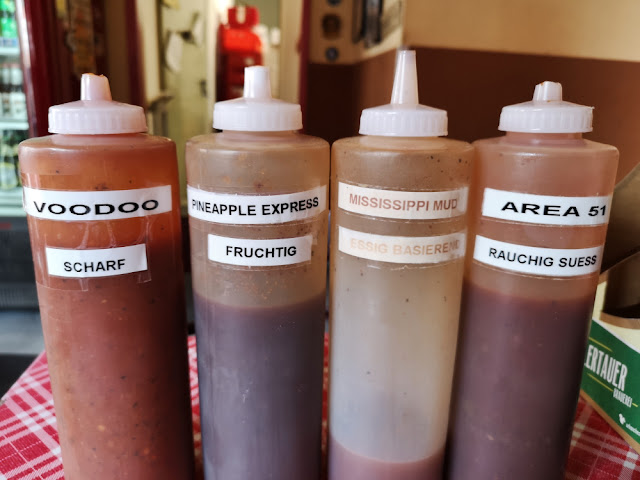 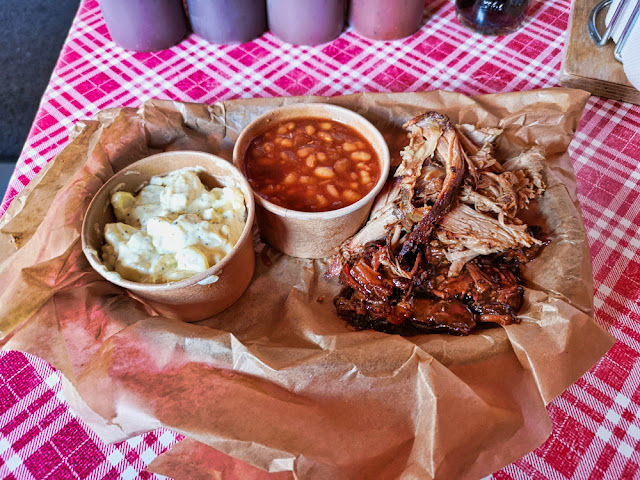