I love those episodes from Star Trek and its spin-offs, where the crew is somehow trapped in a parallel universe, usually on the wrong side of a revolution or as members of an enslaved society. Sometimes, the notorious Q has his fingers in the pie, playing dirty tricks with Picard and the others. I sometimes ask myself the question, do parallel universes really exist, and if so, how would they look like? And would there be any good BBQ? And would I even like BBQ?
Well, I like it in this universe, and that is the reason why I drive around and visit so many different BBQ restaurants – not only to find the best there is, but also to enjoy the food and the atmosphere.
And when I read the words “John's Log Cabin Bar-B-Que, with two convenient locations in Moulton, Alabama is the best Bar B Que in the entire universe” on the website of a BBQ place, I definitely have to check this out.

So, I drove to Moulton today, found the place and had some Q.
In a very lovely atmosphere, I must say. The building is actually a log cabin, with separate small rooms, ancient patriotic decoration on the walls, the ubiquitous flat screen TV in the corner, and the usual functional wooden furniture. The place is spot clean and the staff is extremely nice and caring.
I ordered the two meat plate with pulled pork and chicken, with potato salad and a somewhat weird concoction that is called “Jailhouse Slaw”.
But the first food that arrived at my table was five hushpuppies. Yeah! I love hushpuppies, and these were just excellent. Not too sweet, crunchy on the outside, a bit flaky on the inside and just to die for in combination with the white sauce.
Oh, yes, the white sauce. Another quote from their website says “If you haven't ever tried John's world famous Alabama White Sauce, then you are in for a culinary treat. John's world famous Alabama White Sauce makes chicken simply taste beyond irresistible !”
They are certainly not shy with superlatives there, but I can vouch for the special culinary quality of the white sauce. It is sour and peppery as it should be, and very fresh tasting. Top notch, one of the best I ever had.
The other sauces, a boring mild sauce and a mildly spicy red vinegar and pepper sauce, are nothing to write home about. Together with some ketchup, the hot sauce was acceptable for the pork.
But they clearly missed an opportunity here for something special – just bottle the sauce the Jailhouse Slaw swims in and let the people use it for the pork. This slaw comes drenched in a mustard based sauce with enough spiciness to give you a recognizable kick in the pants. I actually used it on the pork and it was just sublime. This was clearly the most unusual slaw I ever had, but also one of the best. And it can double as BBQ sauce.
The pork itself was very tender and lean, with a nice smoke aroma, and although I would clearly rank it near the top, it is also clearly not the best I ever had.
Same goes for the chicken, which was a bit dry and with a lesser smoke aroma, which is not that big of a deal because it was just great together with the white sauce, that’s for sure.
The potato salad tasted a little weird, with a hint of cinnamon in it. First time I had that in a potato salad, and quite frankly I could live without it.
So, on the plus side we now have the slaw and the white sauce, on the minus side the pork sauces and the potato salad, and somewhere in between the pork and the chicken.
In summary, that still makes exceptional BBQ, but the best in the universe?
Well, logic dictates that if one claim is wrong, the opposite must be true. So if this is not the best BBQ in the universe, does Moulton then not have to be in a different universe?
Since I did not spot any Borg, Klingons or Ferengies, maybe I actually did not leave this world and the good people at John’s Bar-B-Que just exaggerated a little bit.
That’s a relief, actually, because for my next visit there I can leave my phaser at home then. May you live long and prosper! 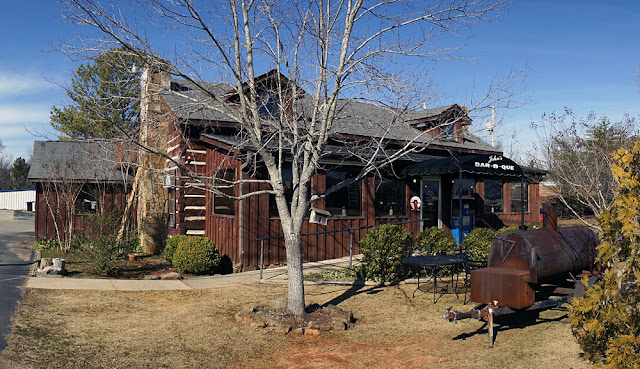 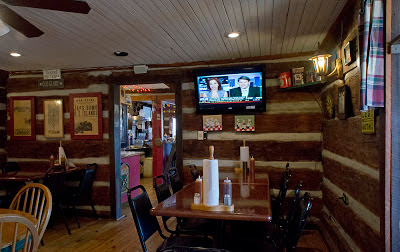 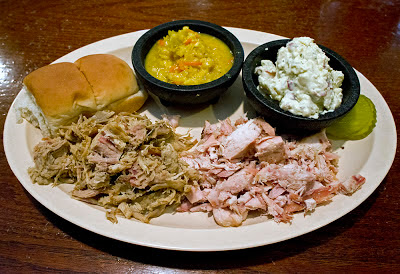 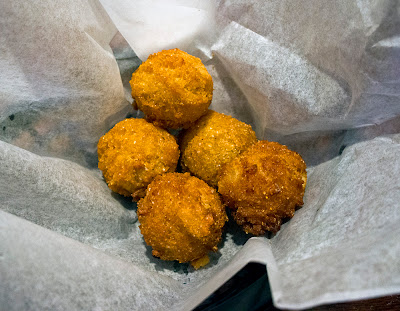