Loud Music. A sweaty shirt from the Beach Boy’s Brian Wilson. A golden record from The Who. Keith Moon’s nasal hair. Obnoxious T-Shirts for sale. Music videos from the 1980s on TV.
Hard Rock Café.

Well, I certainly never expected this famous franchise ending up on the list of BBQ places, but it is there now, and rightfully so.
The menu has five BBQ themed sandwiches on it these days, which is reason enough to swing by and try it out.

I opted for the South Carolina Sandwich, which is a bun with some pulled pork on it and “Tangy homemade South Carolina style mustard Bar-B Que sauce with crispy slaw and crispy cayenne onions.”
It is hard to tell how good or bad the pulled pork is, because the sandwich arrives smothered in the above mentioned BBQ sauce. Every whiff of smoked pork flavor that might exist is effectively blanketed by the sauce. Which is, by itself, not too bad at all.
Tangy and a bit spicy, with a nice full mustard aroma – I had much worse.
The combination of tender and lean meat, the mustard sauce, and with the onions and the slaw, makes this a very tasty sandwich, indeed. Not necessarily your typical BBQ sandwich from the shack down the country road, but a totally acceptable creation for a middle-of-the-road chain restaurant like the Hard Rock Café.
The sides, BBQ beans, mayonnaisy cole slaw with raisins, and French fries, were totally middle-of-the-road, or in other words: bland and unassuming. The contrast to the flavorful sandwich could not be bigger. But at least I got an additional cup with the mustard sauce to dip the fries in with the plate.
So, would I return? Definitely – I just love that music from the 1980s. 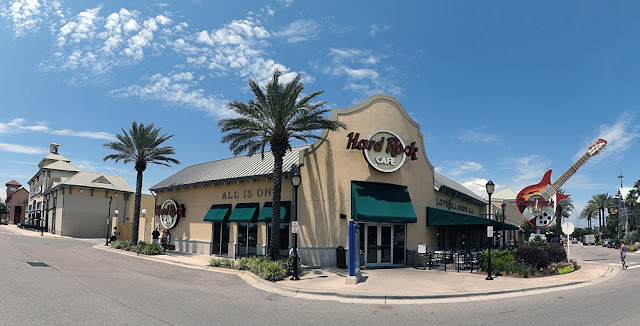 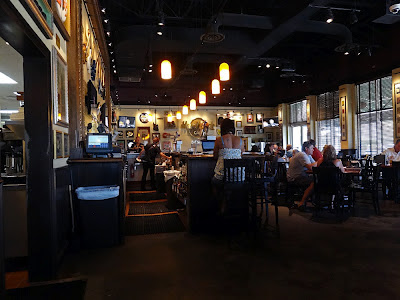 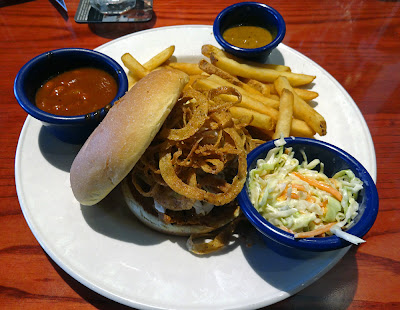 This is one of the typical BBQ shacks you find at the roadside in the South – nothing fancy, just a small wooden building with no seating room inside, but with a roofed porch with some tables and a view at US Highway 98.
So far, so good. The atmosphere, if you don’t mind sitting just a few feet away from one of the busiest streets in Florida during summer, is actually quite charming.
Also, the Pit Master has won the 2007 World Championship at Memphis in May, so I was ready for a splendid BBQ experience far away from home.

Well. Let me make it short – just the thought of it has my skin crawling.
The pulled pork was greasy and oily – and it gave me serious heartburn after a while. I mean, stop the car at the next pharmacy and get me some industrial strength pink stuff, kind of heartburn. The taste was not even half as bad, but the sheer greasiness of the pork was just revolting. I have no idea how they treat their meat, and quite frankly, I don’t want to know. But this is clearly not the way we treat our pork here in the BBQ belt, no Sir! People got tarred and feathered here for lesser transgressions when it comes to BBQ.
As a general rule, one has to be very cautious if more than two different sauces are available. That is almost always a sure sign that the meat is so bad that they need to mask it with something else. Or, in some cases, it is the misconception that with BBQ, the meat is just the carrier for the sauce. Anyway, they have seven (7!) different sauces to choose from. I had the concoction that is called “Carolina Gold”, which is a zesty mustard based sauce. Not really spicy, but the mustard was clearly present – good stuff.

As sides, I had something that was called potato salad, and another thing that they dared to call slaw. Both tasted like fish. Dead, rotten fish. One bite and the greasy pork seemed like nectar of the Gods in comparison.
And it was not cheap, either. The whole plate with drab and murky Sun Tea – yes, not Sweet Tea, but Sun Tea – came to about twelve Dollars.
I’d say that might be a typical tourist rip-off, but apparently also the locals go to this joint for their BBQ fix. Oh, those innocent clueless Panhandle-Floridians – they just don’t know better, for the promised land of BBQ is a six hour drive away. They should probably better stick to what they can drag out of the big pond and leave the hogs to the inlanders. 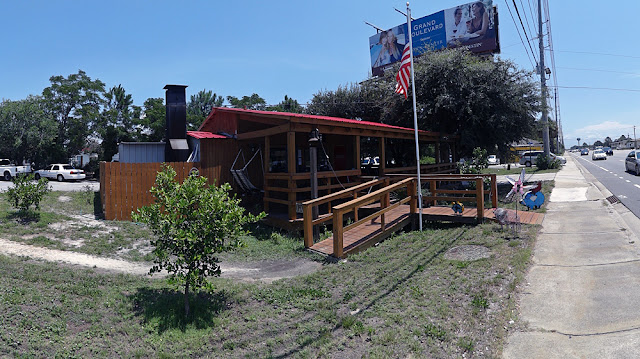 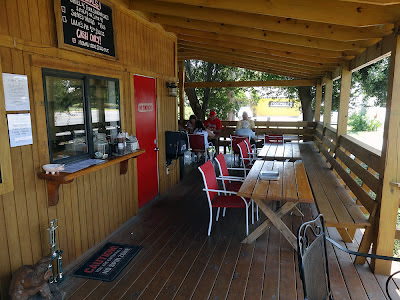 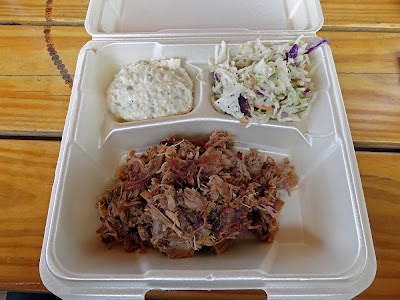