Well, well, a BBQ in a gas station. I have seen stranger things, but it is certainly not the usual setting for such place. I also noticed that they have “Korean BBQ” on the menu, which is kind of no surprise given the fact that the owner is a Lady from this nice country.
The restaurant is surprisingly nice inside – not exactly what you may expect to find in a gas station. The place is impeccably clean, and the little corner where the tables and booths are situated is lovingly decorated, bright and friendly.
The BBQ though, is more like you would expect it from a place like this. The meat of the pork plate I ordered was lean but somewhat chewy, with no particular smoke aroma. It came neither chopped nor pulled, but it looked like it had been put through a blender. There are three sauces, a white one that I did not touch, a basic vinegar-pepper sauce without much pepper in it, and a thick red vinegar-tomato-pepper sauce – and that had some real nice kick to it, and was very flavorful. I scooped the sauce up with the roll that came with the pork plate at the end. Very delicious.
The sides are really almost not worth mentioning – the potato salad was bland and the baked beans were your standard supermarket variety.
The portions were not that big, and actually I was still kind of hungry when I was finished. But for not even nine bucks, including a big 32 oz drink, that is an acceptable deal. But just to fill your tank with some food that is better than a burger from one of them chains. For a real culinary experience, this place would not be my choice. 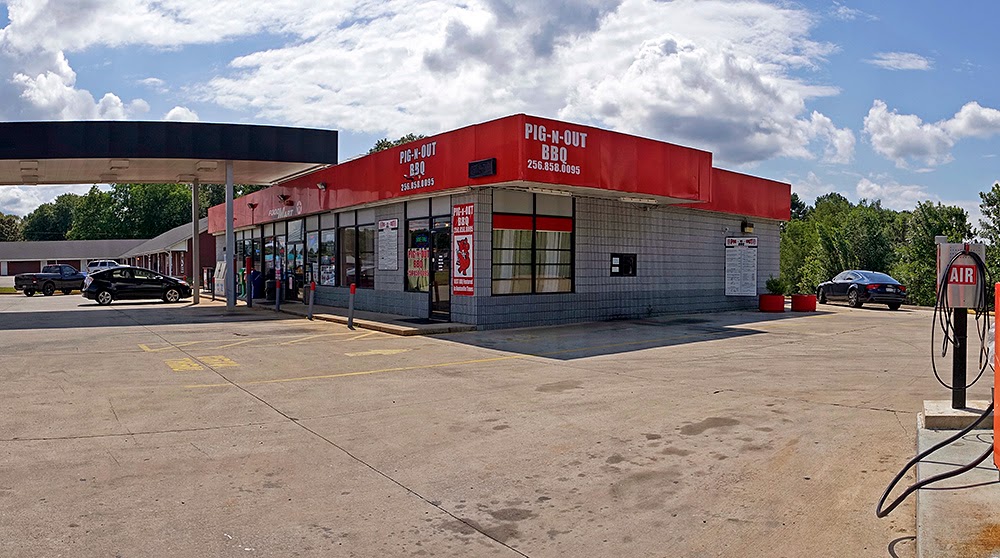 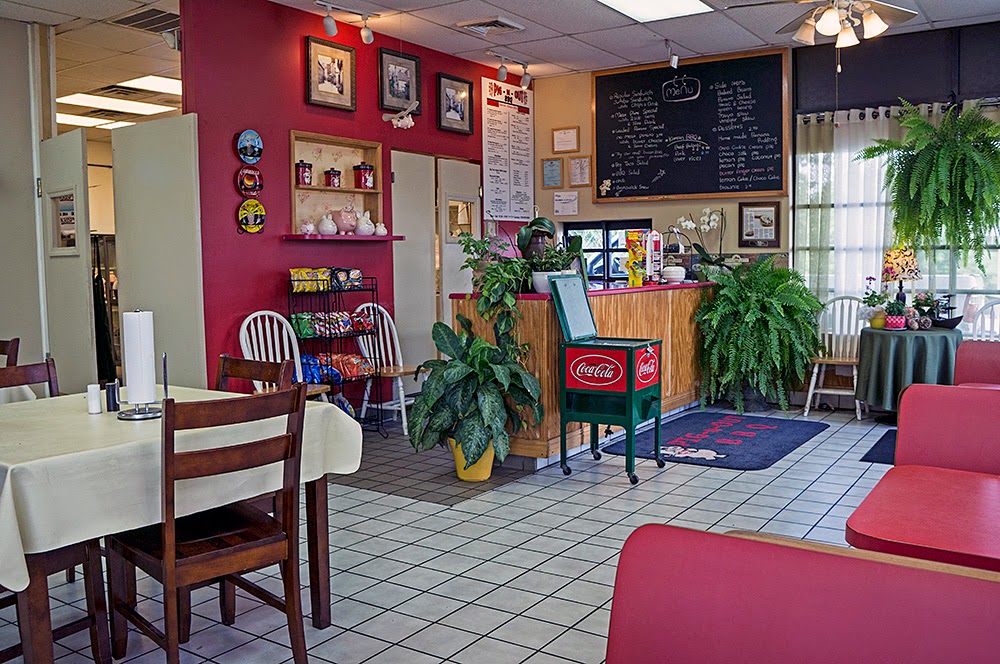 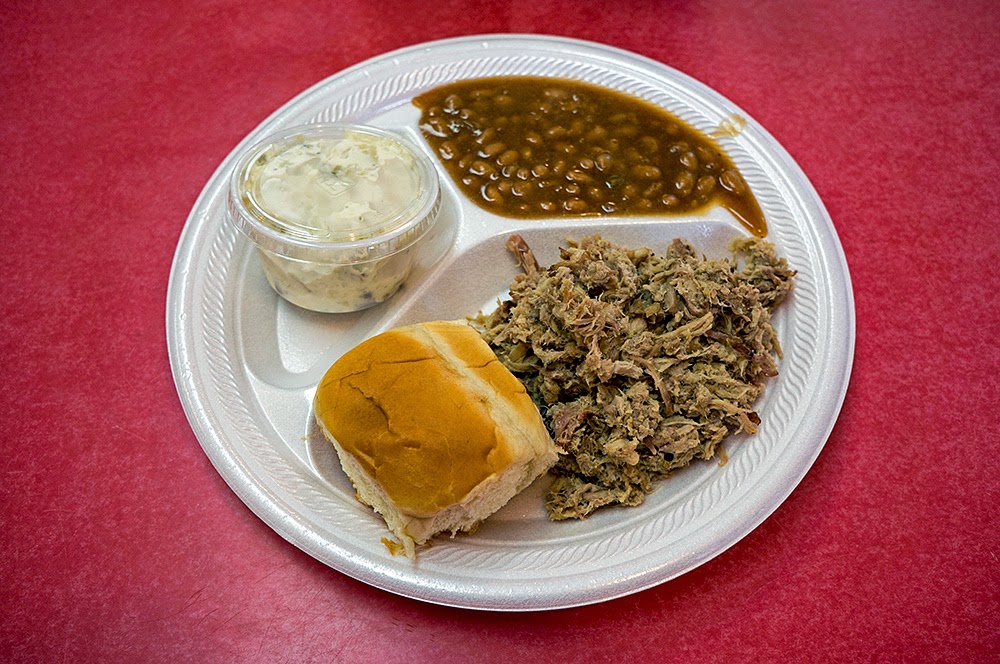