On my way back from Nashville, where I watched some Triple-A Baseball, hunger overcame me and I asked my trusty GPS for a BBQ place nearby. That led me to Franklin, to Stroud’s Barbeque. Turns out that this is actually a small local chain with three restaurants in Middle Tennessee. They not only have the usual BBQ stuff on their menu, but also barbeque nachos and barbeque burritos. I resisted the urge to try one of those fairly exotic meals, and ordered a simple pork plate with potato salad and baked beans instead.
To say it right upfront, it was nothing special. The pork was not very tender, but actually a bit chewy. It was lean and the flavor was okay, and together with the vinegar and pepper sauce it was not bad. They also have a standard thick red sweet’n’sour sauce, which also was nothing to write home about. The potato salad reminded me very clearly of the standard supermarket stuff, as did the baked beans. The cornbread muffin that came with the plate was also very standard, although a bit too dry for my taste. But for not even seven bucks, excluding a drink (that was on the house, thank you very much), there is really nothing much to complain about.
The atmosphere of the place is also very middle of the road. There are no booths, only some tables along the wall and the row of windows on the other side. The decoration consists of some pictures with landscapes on them. But, and this is clearly the most interesting feature there, the counter is something else – it is the front end of a 1950s Chevy truck. Very nice touch, although I think it is utterly lonely there and in dire need of some vintage memorabilia around it.
Well, it was no feast for any of my senses, but at least I did not leave hungry and also got a nice picture of the Chevy-counter. 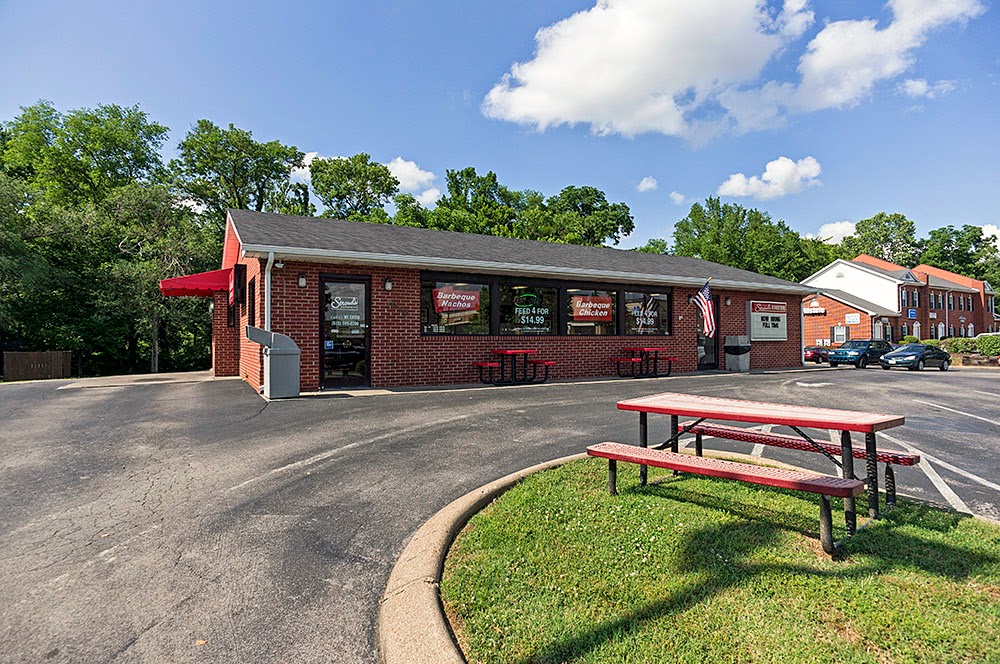 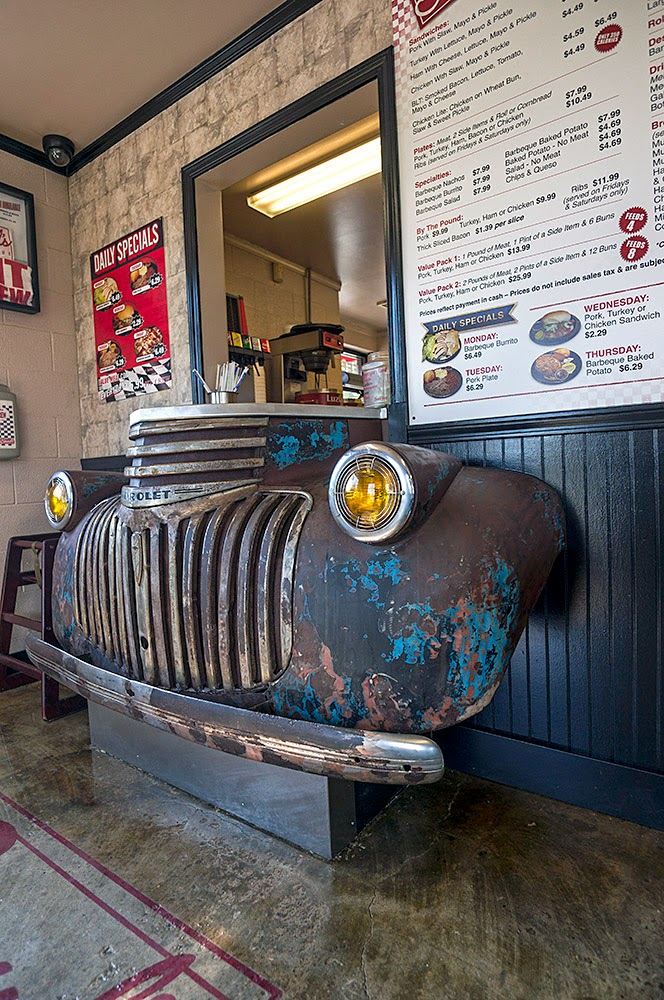 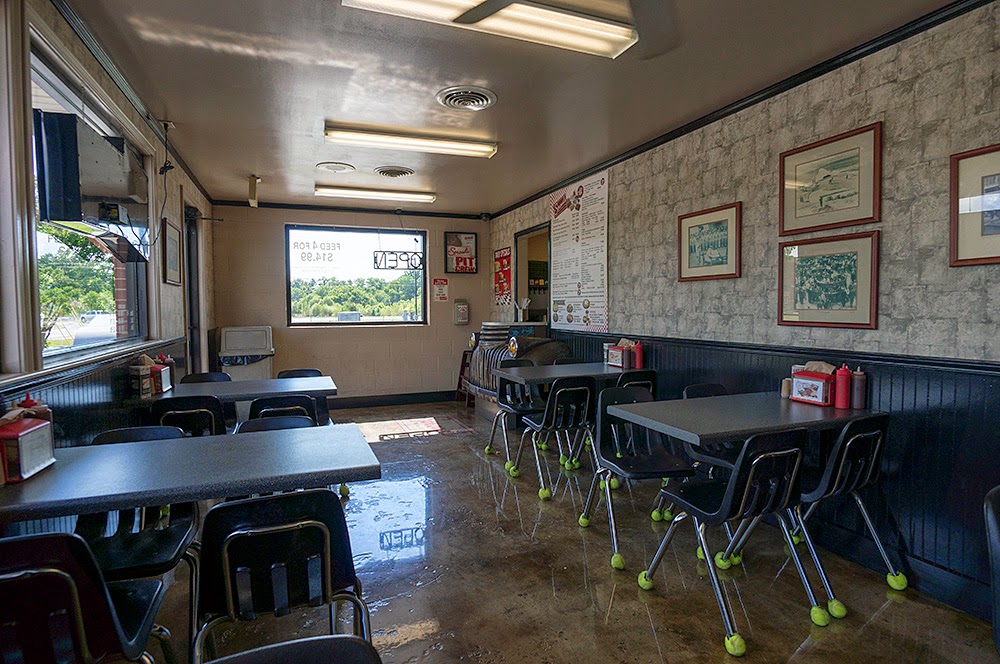 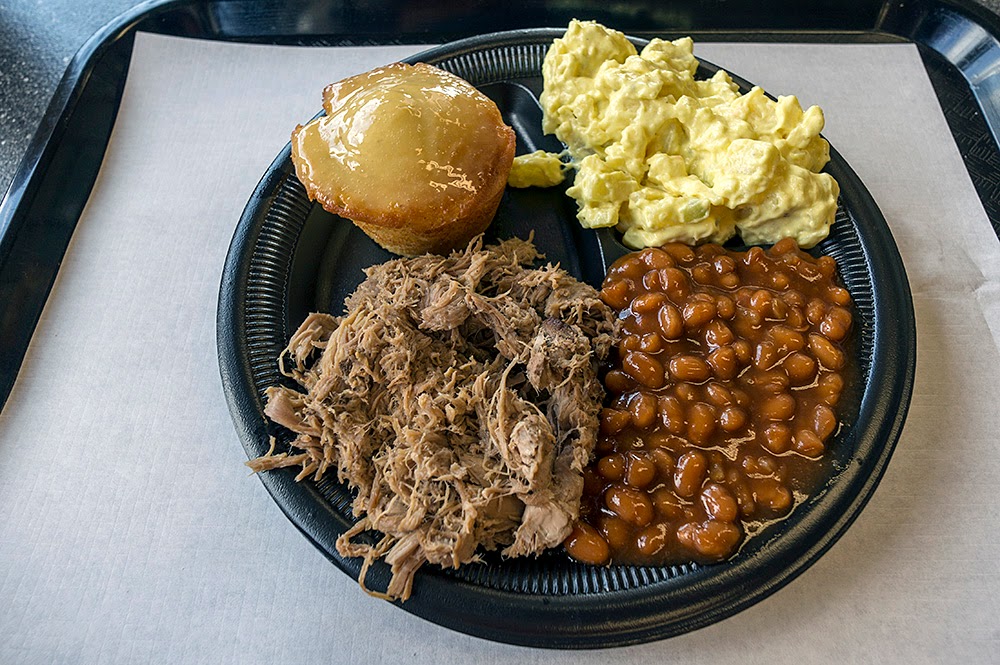