Do you judge a book by its cover? I must admit, I’ve been doing this once or twice. So what do you expect how a real BBQ place with Killer-Q has to look like? A raggedy old shack with no windows on a lonely country road, a sleek brick house with neon signs in Downtown, a nondescript store with a hand-written menu on a black board in a strip mall, a wooden palace with hunting trophies on the walls on a busy highway, or a burger-chain look-alike in an industrial area? The correct answer is, of course, all of the above. Been there, ate in that. There just is no telling what kind of BBQ you might encounter when you stand before a restaurant – the only way to find out is to go in and try it. I’ve been surprised more than a couple of times, negatively as well as positively, during this quest.

So, what’s so special about Smokey C’s BBQ & Wings in Decatur? The building looks like any given fast-food-chain restaurant in the country. The patrons are mostly recruited from the workers of all those industrial plants on the west side of the town. It is situated next to a gas station at the Alabama Highway 20, which is quite a busy road in this area.  Inside the building, there is not much decoration on the walls, and the reddish-pinkish plastic furniture does not exactly qualify it for a title story in Southern Living.
You order at the counter right next to the entrance, where you have the choice between the usual selection of meats - pork, turkey, ribs, chicken, you know the drill. You can have the meat either on a sandwich, which comes in two sizes, or on a plate with two sides.
Guess what – I chose the large plate with 6 ounces of pulled pork (4 ounces would be the regular size), potato salad and spicy mustard slaw. The plate also came with a piece of cornbread, and together with a fountain drink I forked over just slightly over eight and a half dollars. Very nice price, but what kind of food can you expect for the price of a fast-food-chain burger meal?
As said before, never judge a book by its cover, always sit down and smell the roses. What can I say? I am a fan now.
The meat looked like Killer-Q, with a wonderful pink ring and some serious bark. And the looks did not lie - its flavor was perfectly smoky, with just the right amount of burnt wood flavor to make it special. I rarely had pork that was as juicy and tender and lean all together like this one. Real exquisite stuff.
I was really reluctant to pour any sauce over it, but eventually I did – starting with the hot and spicy one. Big mistake. One bite and my mouth was numb for a minute or so. Definitely too hot for my taste, so I switched to the one labeled BBQ sauce. Oh, well, that was your garden variety sweet’n’sour concoction, thick and red and, ahem, a little sweet and mostly sour. Not bad, but I would have wished for a simple vinegar-pepper sauce to just support the smoky meat flavor without giving it a totally different direction.
The potato salad on the other hand could have used a slight re-direction into a more distinctive aroma. It was not exactly bland, but also not very flavorful. Which cannot be said of the spicy mustard slaw – that thing gave me a kick in the pants, yessir! The mustard aroma was very prominent, and by gosh, spicy it was. But unlike the spicy BBQ sauce, it did not numb my taste buds, but left a very pleasant tingling sensation in my mouth. At the end, I used the excess sauce from the slaw for the pork, instead of the BBQ sauce. And the tiny rest, I scooped up with the cornbread, which had a very bread-like flavor with just a slight hint of sweetness. I’ve had cornbread before that was more like a sweet pound cake than real bread, but not this specimen, and actually that is how I like my cornbread.
All in all, although from the outside and also on the inside, Smokey C’s BBQ & Wings is nothing special, their food is top notch. And next time I’ll bring my wife – she is the wings expert in our family. 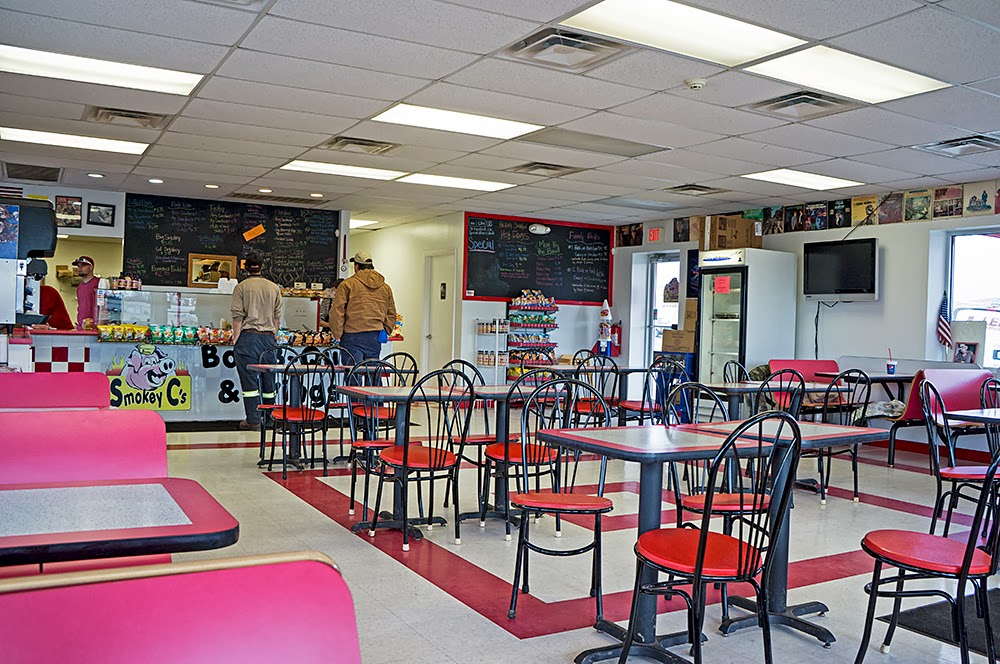 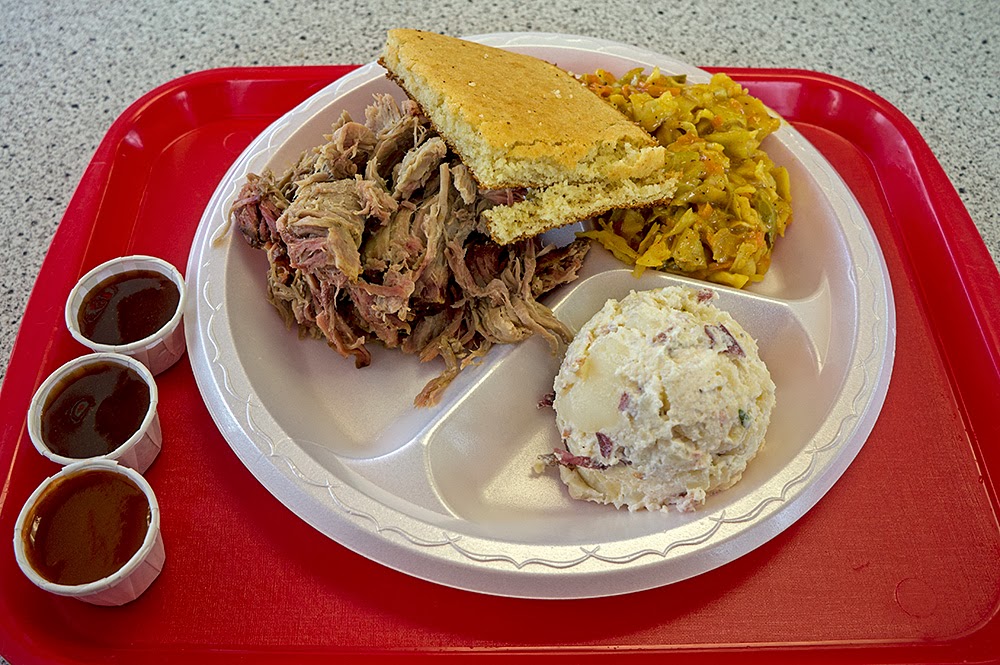