As everybody knows, there are two BBQ dynasties in North Alabama, the Gibsons and the Whitts. The latter has spread over three States, Alabama, Tennessee, and Kentucky, where there are about 30 Restaurants, owned by different branches of the clan and some franchise takers. The usual layout is as a drive-through/walk-in, no-sit-down place – basically the BBQ equivalent of a fast food joint. It took me a while, but now I have been to all five locations in the Quest area, 2 in Athens, 2 in Decatur, and the last one just today near Moulton. And while the first four fit the description above, the latter one actually has seating space within the restaurant.
The building is a custom built, no frills affair that oozes the charm of a bygone era. The name is put on the front of the building in big bright red letters, and the dining room is enclosed by a large window front. It has about half a dozen tables with four chairs each, and through the windows you have a great view on the adjacent gas station and on the Alabama Highway 20 that runs next to the parking lot.

I had my usual pork plate, which comes with three sides – baked beans, cole slaw, and potato salad in my case, plus a soft bread roll. With a medium sweet tea, it was only roughly eight and a half Dollars, which is a very good deal, indeed. Even more so, because the food was real good. Not remarkably good, not spectacularly good, just plain good. Middle of the road good. Basic good BBQ with no frills and no outstanding features.
The meat was tender, lean and succulent, with a nice, not too distinctive smoke flavor to it. The two sauces were also good, but not remarkable – the so called “Red Sauce” is the simple standard pepper/vinegar concoction, while the so called “Rib Sauce”, which is supposed to best when eaten on a Sunday, is a thick red, sweet’n’sour affair. The potato salad and the baked beans could have been straight out of a can from the next supermarket, and the cole slaw was shredded into tiny pieces with a vinegar dressing over it. All together that made a very decent BBQ meal, without any outstanding characteristics. There certainly is better pulled pork out there, better potato salad, and so on, but while in most places it is usually only one of those parts of the meal that stands out, here the quality and taste was on the same level – good, but not remarkable. This consistency, I would take that any day. 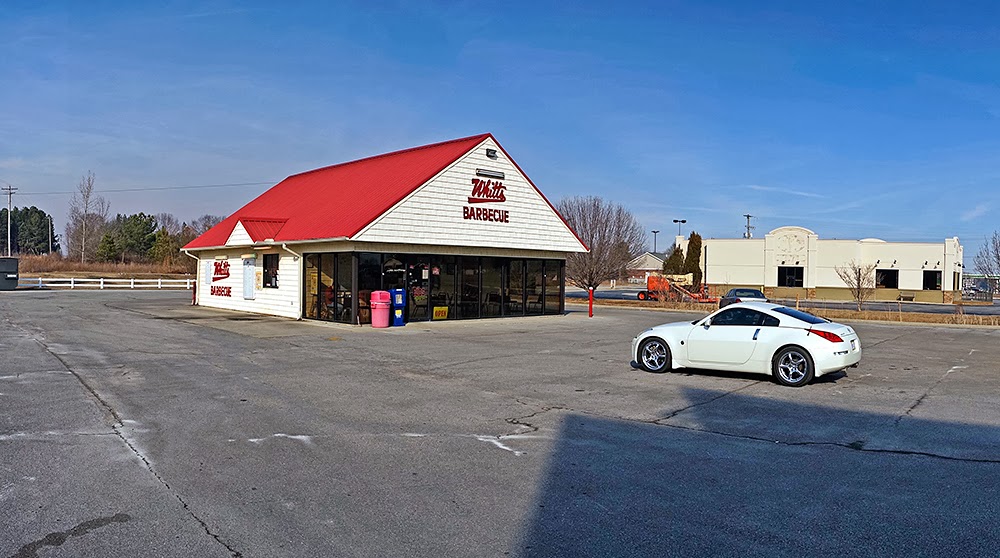 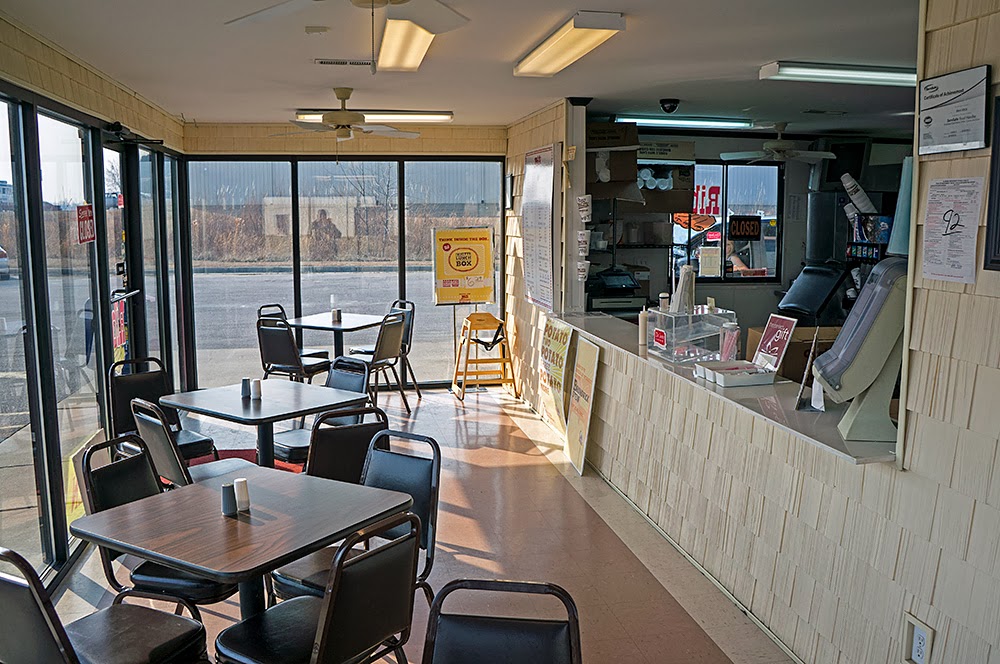 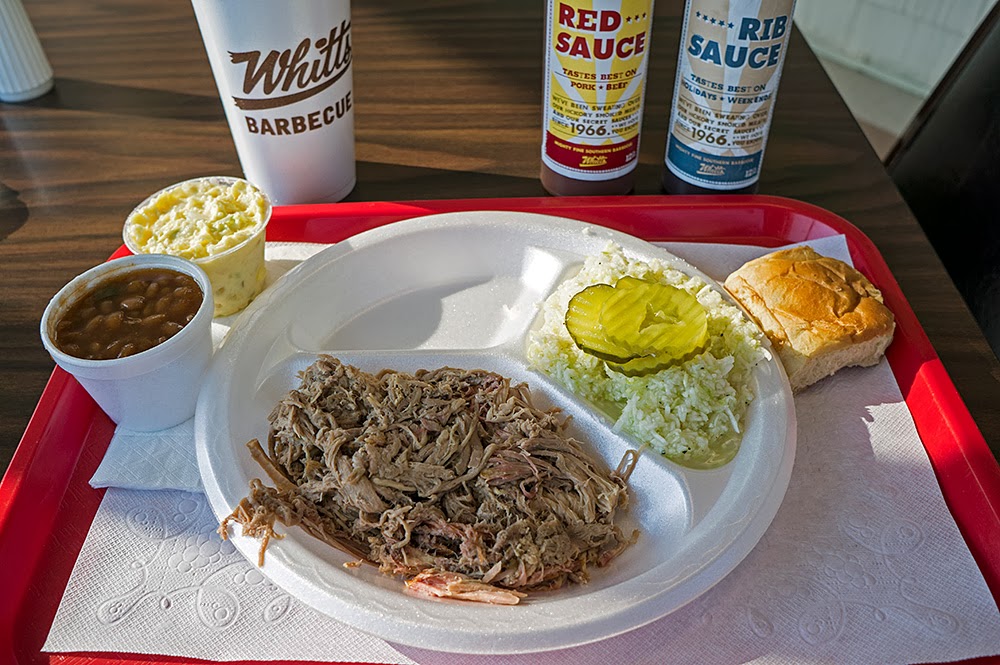