So, once in a while one or another of the national fast food chains decides to spice up their menu with a BBQ-themed item. It should go without saying that those ventures cannot be compared to our local BBQ – they are worlds, no, strike that, they are universes apart. But as an alternative to the regular menu items, it might just work.

Next in line is Arby’s, your friendly neighborhood slicer of luncheon meats. They claim that the brisket they serve now on their new Smokehouse Brisket Sandwich has been smoked for thirteen hours. Sounds good at first, but what does that really mean? That their marketing department knows how to play the numbers game? That they have a portable smoker attached to each store now? That they read a book or two about BBQ? That they are really trying their best to bring us authentic brisket?

Well, let’s give them a few breaks. First, it goes without saying that smoking the brisket each day in every store appears to be very impractical. So they smoke it elsewhere, pack it in cellophane, truck it around, and cut it fresh at the stores. I have no reason to doubt their claim smoking it for thirteen hours. But that in itself does not say anything about its tenderness and flavor. It only tells you that their marketing department indeed read a book or two about BBQ, especially the chapters about how much time it generally takes to prepare the meat for consumption. Bravo. You get an A for reading skills, now sit down and listen to the verdict about tenderness and flavor.

Since the brisket meat is not really sliced, but rather shaved, it comes with a kind of default tenderness, for it is very tough to really chew hard on paper thin meat. As for the flavor, I have to say that there was something that resembled smoke aroma, but just for a brief moment. It was immediately overwhelmed by the extreme saltiness of the meat. As I write this, about eight hours after eating the sandwich, I still have heartburn. The sandwich comes with fried and battered onion rings, liquid Gouda cheese, mayonnaise, and Arby’s own BBQ sauce. Of the 610 calories that monster tries to stack directly on your hips, a whopping 320 are from fat. 1230 mg of Sodium more than explain the salty taste, I think. And there are more ingredients that read like an advertising brochure for a cardiologist. So, from a nutritional standpoint, you better stay away from this conglomerate of irresponsibility. But does it at least taste good, so you could order it as your last meal on death row, if you ever came into this conundrum?
Don’t bother, die hungry instead. There is no discernible influence the smoked brisket has on the taste of the sandwich. The prevailing aroma is that of cheese and BBq sauce. And salt. I need a Pepto. Now. 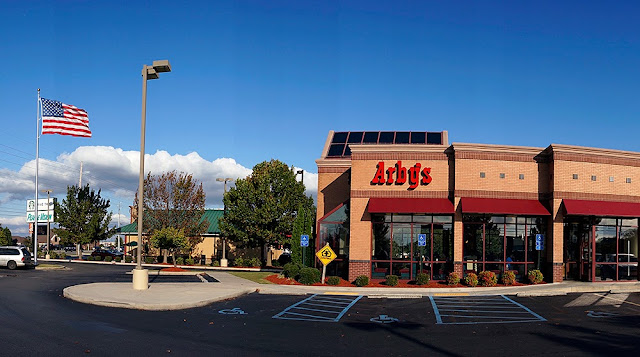 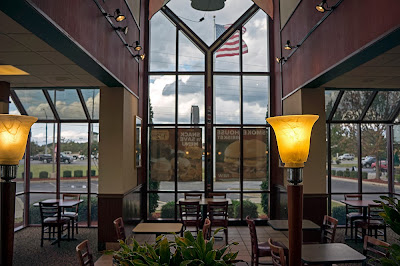 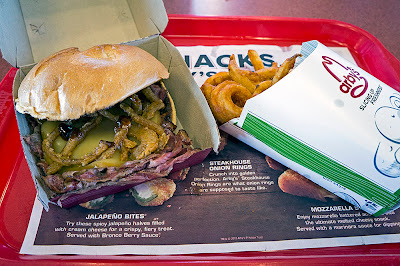 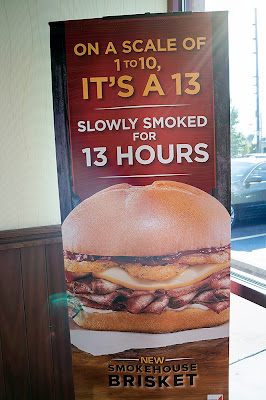