To name a mobile BBQ stand after a Bible verse (Psalm 34:8, “O taste and see that the LORD is good”) is probably one of those things you have to expect here in the Bible belt. But that kind of commits you to serve a most righteous BBQ, too. Well, their motto “Experience Real Smoke Taste” is certainly a step in the right direction. Actually, if they would add the word “Strong” after “Real”, that statement would be the absolute truth. I never had any BBQ were there was such an intense and prominent smoke flavor in the meat. Not that this is a bad thing, not at all. But it makes you think – either the guys have found the holy grail of BBQ and developed a smoking process that is much superior over everything else, or … well, they found other means to infuse their meat with that kind of overwhelming smoke aroma. The pulled pork I had also tasted as if mixed with some BBQ sauce. All in all very flavorful, and very, very smoky. The meat was succulent, although with some big blotches of fat in it. But those were easy to spot and I could remove them right away. The pork plate I had came with two sauces, a mild one and a spicy one that was more like a more sour version of the former, instead of real hot. The thick red mild sauce was a very nicely balanced sweet’n’sour affair with a nice round aroma, and it was so good that I scooped the rest up with the slice of toast that came with the meal.
Also, the potato salad and the cole slaw I choose as the two sides were top notch. The potato salad had a very nice mustardy tang to it, and the slaw came with sour crème dressing and with just the right amount of vinegar and salt and pepper so that the cabbage aroma was still noticeable. The whole meal, with a can of soda, was not really cheap – I paid about eleven bucks for it. And although the portion size was not that big, the quality of the food kind of justified the price. My wife had the brisket plate with BBQ beans and green beans, and she had quite the same experience – the brisket had a lot of fat on it on the outside, which was easily removed, the taste of the meat was very smoky and very flavorful, it was succulent, and the sides were top notch.
The stand is really mobile, setting up at the East Madison Shopping Center on Hughes Road from Tuesday through Thursday, at Jordan Lane in front of Trees n Trends on Friday, and at the Corner of Winchester Road & Naugher in the Sunoco Parking Lot on Saturdays. That is certainly a lot of work for the really nice folks who own this business, and I hope they can establish a good customer base and make a good living with that nomadic life style. But they seem to love what they are doing, and it shows in their quality food. It is righteous BBQ, after all. 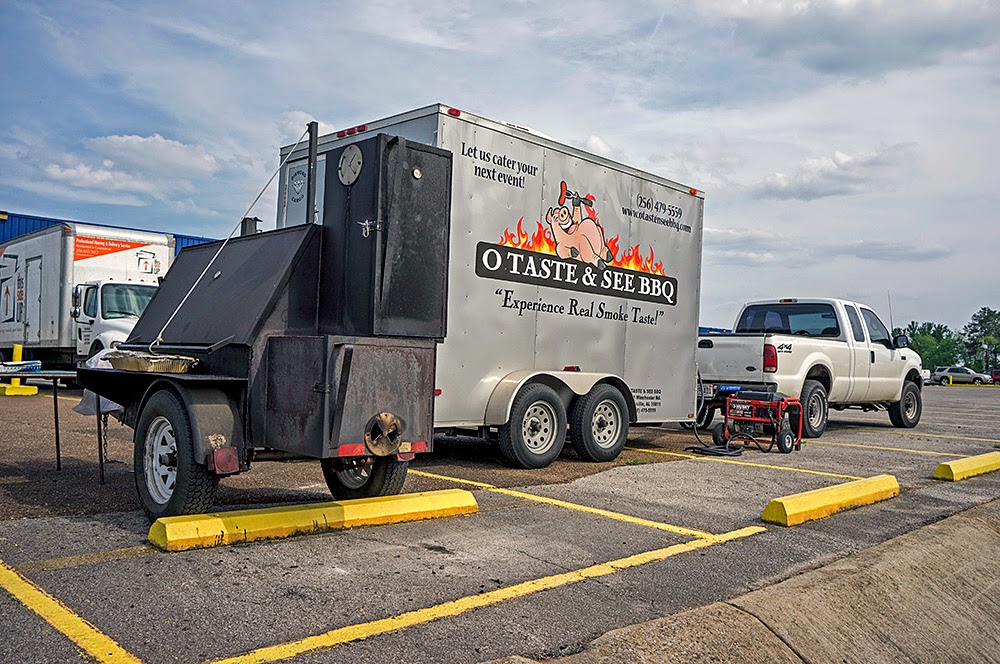 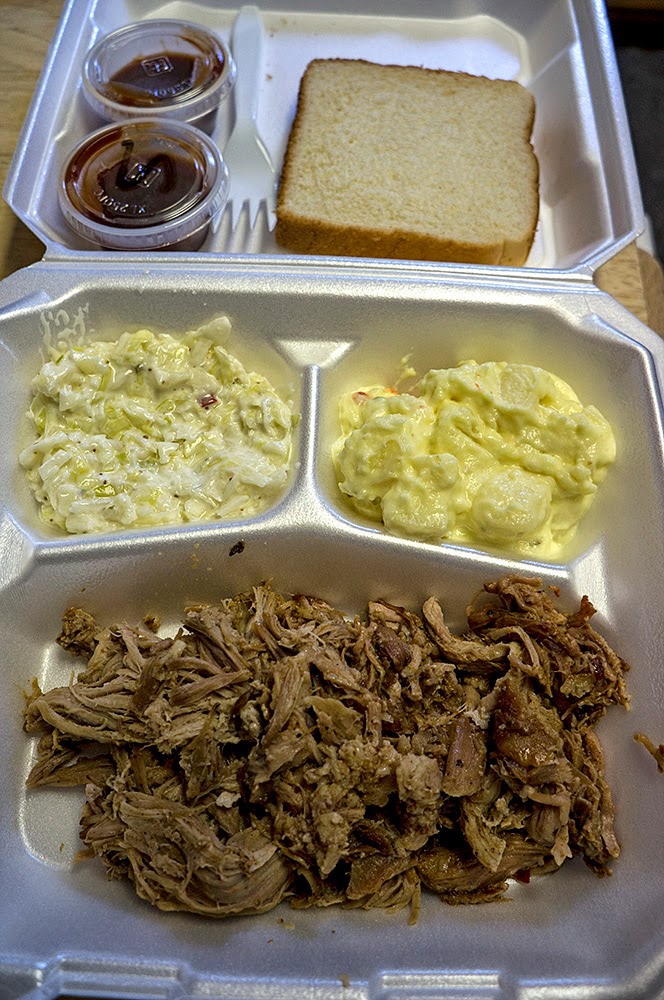 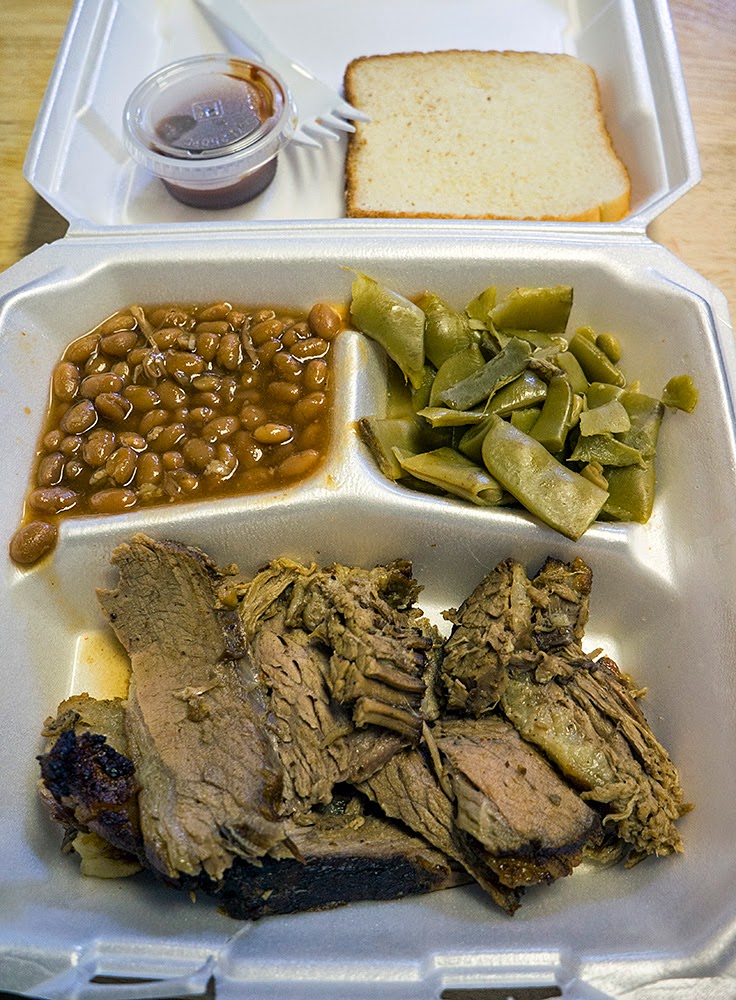