Whitt’s Barbecue on Decatur’s Spring Ave has a very sizeable parking lot in front of the building, with two red metal benches on it. If you don’t mind to share your meal with some nasty fat black flies, you can sit down there and eat. Otherwise, park your car at the parking lot, or drive home and eat it there.
I chose to try out the fresh-air version, which meant to have one hand constantly hovering over the Styrofoam box to shush away those flies.
As usual, I had the pork plate, which comes with slaw, baked beans, and potato salad by default. With a regular drink, I paid not even nine Dollars, which is a good deal.
The meat was tasty, although not really in a smoky-kind of way. It also was a bit soggy, but tender and lean. With the simple vinegar based peppery sauce that comes with the plate, it was quite good.
The sides were good, too, without being earth-shatteringly outstanding. The rather neutral tasting potato salad and the plain tasting beans are comparable to something you could pick up in a super market. The slaw came with a quite sour vinegar dressing and was the best of the three sides.

I would rank Whitt’s Barbecue as plainly in the middle of the BBQ-road – nothing special here, but good quality Q at a very reasonable price. Or, as I already said before – a better tasting and healthier alternative to your typical burger joint. 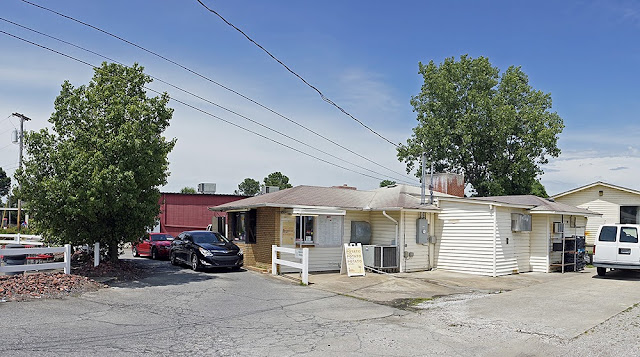 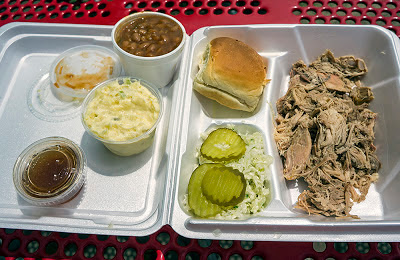