So, once in a while one or another of the national fast food chains decides to spice up their menu with a BBQ-themed item. It should go without saying that those ventures cannot be compared to our local BBQ – they are worlds apart.
But as an alternative to the regular menu items, it might work.

The latest foray into the BBQ arena comes from Quiznos – they put a so called “Southern” and a Spicy BBQ sub on the menu lately.
I tried them both, and they are quite tasty – for a sub. The Southern comes with pulled pork, coleslaw, and BBQ sauce. The Spicy comes on jalapeno cheddar bread with pulled pork, bacon, cheddar, cilantro-jalapeno slaw, and BBQ sauce.
Theoretically. Actually, the only difference between the two subs I had was the bread – plain white bread for the Southern, the jalapeno bread for the Spicy. Everything else was the same – pulled pork, ordinary slaw, and BBQ sauce.
For a BBQ-themed fast food sub, it was not bad at all. For a BBQ sandwich, it was sub-par. The slaw was rather neutral tasting, the BBQ sauce was your typical sweet’n’sour supermarket variety, and the pork was cooked, not smoked. The jalapeno bread gave the Spicy just enough spiciness to make it interesting. Otherwise, those two subs had no distinctive BBQ flavor, other than through the somewhat overbearing sauce. But that is to be expected – what does Quiznos, with their over 4000 shops across the USA, know about Q? For them, it’s a piece of pork with some generic BBQ sauce. For most of their customers outside the BBQ belt, this should be good enough. For us here in North Bama, well, we know better. 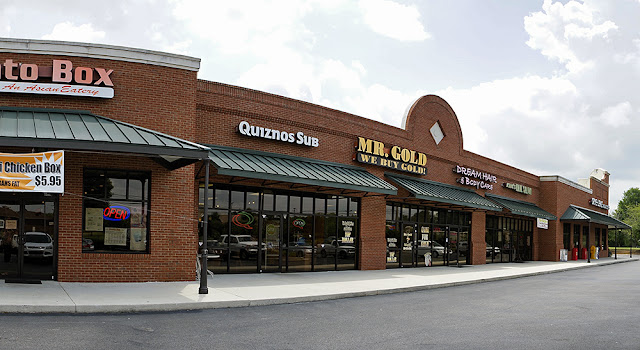 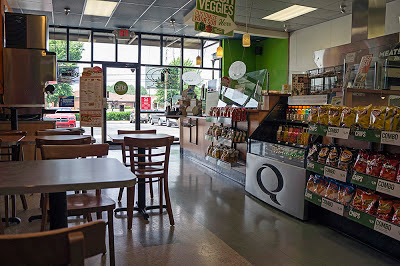 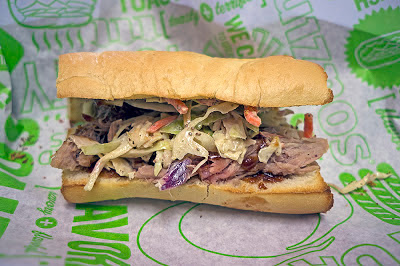 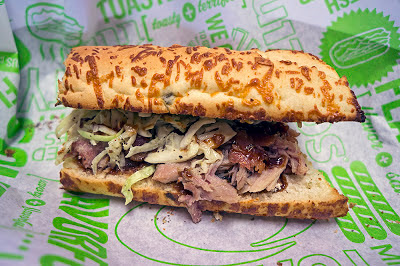