Besides the well known Gibson Empire of Big Bob and his family, there is another dynasty around here that could lay claim to the title “BBQ Barons of Northern Bama”.
Several branches of the extended Whitt family own restaurants in Decatur, Athens, Moulton, and Ardmore since 1966. Non-Whitt-family owned franchise-restaurants are also found nowadays in Tennessee and Kentucky, but even those are family owned, by branches of the Dean family.
All of those Whitt’s Barbecue places are drive-through only, which is kind of a novel idea for a BBQ restaurant, because this kind of cooking is not usually associated with fast food here in the south, and even all those ubiquitous Burger joints let you sit inside to eat their chow. I don’t mind eating in my car once in a while, but quite frankly this is not my preferred method of food intake.
One of the main ingredients of BBQ is the wood that is used for cooking the meat. Hickory seems to be the almost unanimous choice around here, and Whitt’s also uses it. Another very important factor is how long the meat is cooked, and here recipes vary from a few hours to several days. At Whitt’s they do it for 24 hours, and they claim that by “Using a special basting sauce, the succulent juices are cooked into the meat”.
I can vouch that at least for their turkey, this is a true statement.
The Turkey Sandwich I had was the best of that variety ever – very succulent meat, with nice hickory flavor, topped with quite sour, vinegar based slaw and some mayonnaise. Great taste, very nice texture, just awesome in one word.
It came in their just-under-seven-Dollar-with-taxes lunch box, together with a small cup of potato salad, a small cup of baked beans, a giant cookie and a large soda, which I think is a very fair deal.
As good as the Turkey Sandwich was, they lost a lot of style points for the sides. The potato salad tasted somehow moldy, and baked beans were of the rip-open-the-can-and-throw-it-in-the-microwave variety. I ate all the beans, but absolutely could not bring it over me to have more than a couple of bites of the potato salad.
The oatmeal raisin cookie on the other hand was quite good and a very completion to the meal.
Well, if I ever crave Turkey again, I now know where to go. And since they have quite a few restaurants strewn over this area, there will certainly be an opportunity in the future to try out their pork plate, too. I just hope that I can substitute the potato salad with chips, because that is the only other potato based side they have on their menu. And because I would have to eat in my car again, or drive at least 15 miles to eat it at home, I will probably only try a Whitt’s once more - unless their pork is as succulent and tasty as their turkey. 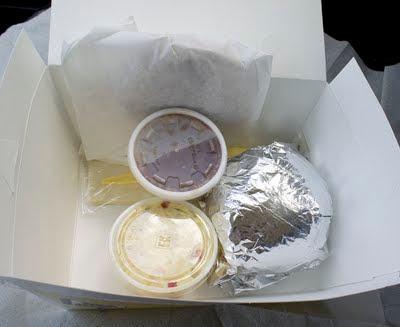 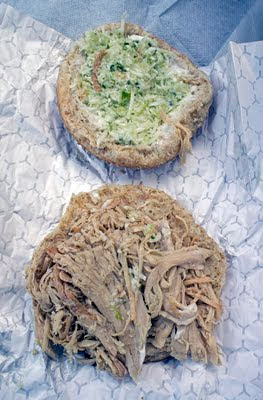