Here in the BBQ belt, we rightfully take good smoked meat for granted. There are so many great places where you can get your daily fix that you don’t need to spend much time thinking about where to go- just hit the next restaurant around the corner and enjoy. Other areas of the lower 48 are not as blessed, and there it is mostly depressing trial and much error involved in years of long searches for a decent BBQ place. But once in a while, there is a diamond sticking out from that ghastly puddle of mushy sliced pork, chicory infested sauces and funky tasting slaw, which surely would have a place in the North Alabama BBQ Championship Belt, if such a thing existed. Or, at least, it makes my personal Top Ten of favorite BBQ places in the whole world. I think, it might be time to generate some kind award for that.

Since I travel to Orlando often, I am constantly on the look out for good BBQ places there. Nothing soothes the mind better after a long day spent in nauseating business meetings than a pulled pork dinner plate.
A friend of a colleague recommended Yellow Dog Eats, and so we went there, to the historic little township of Windermere/Gotha, which is surrounded by Golf courses, lakes and villas, to check it out.

First of all, this is truly not your usual BBQ place. The atmosphere is more akin to a bohemian bistro, with the restaurant being situated in the century-old Gotha Country Store building.
Also, the customers clearly are not the typical BBQ crowd – not very many College team shirts, blue overalls, and greasy baseball caps to be seen, instead a mix of middle class business attire, gold rimmed eyeglasses and golf slacks.
And then there is, of course, the name – Yellow Dog Eats - which is predestined to produce a mental image of some kind of Korean Buffet or Mongolian Grill with many people. This somehow misleading name comes from a yellow dog in a painting that the owner evidently cherished very much. He really likes dogs, and if you have a picture of your own mutt handy, they will stick it to one of the walls in the building, which are already littered with dozens of them.
There is also a wall covered with shelves holding all kinds of home-made stuff – jellies, jams, sauces, pickled this and that, pumpkin butter and such things.
Another big area is dedicated to a very nice assortment of wines, and there is even a special room for wine tastings with the chef.

So, the setting is decidedly not run-of-the-mill by BBQ belt standards, and the food is most certainly not, either.
They have an assortment of salads and sandwiches, and about half the menu is dedicated to BBQ related items.
I had a sandwich, The Rufus, which is – hold on tight now, it’ll be a wild ride – succulent pulled pork, topped with thick cut Brie cheese, cherry ring peppers, drizzled with raspberry melba and yellow dog’s citrus BBQ sauce on a bun.
My colleagues had The White Trash, which is pulled pork served on a Sunbeam white bread, topped with spicy cole slaw, Gouda cheese and bacon, and The Elvis, which is a bun topped with pulled pork, thickly sliced bacon, Gouda cheese, fried onions and cole slaw. The cole slaw is made with cranberries, nuts and a little spice.

Sounds weird? It is not. It is eclectic - and unbelievably delicious.
The mix of textures and flavors on The Rufus were nothing short of exceptional. The Yellow Dog sauce, made with mustard, served as the sour component, the peppers added spiciness, the pulled pork, smoked over apple wood, had a wonderfully meaty taste with a laid back smoke flavor, the Brie gave the whole concoction a certain creamy tartness, and the melba sauce provided a hint of sweetness. It all went together splendidly in a harmonious mixture of unexpected ingredients.
A quick query showed that the other two sandwiches, The Elvis and The White Trash, were received equally enthusiastically by my colleagues.
We agreed that this place would be from now on a fixture in our usual rotation of eateries in the Orlando area. 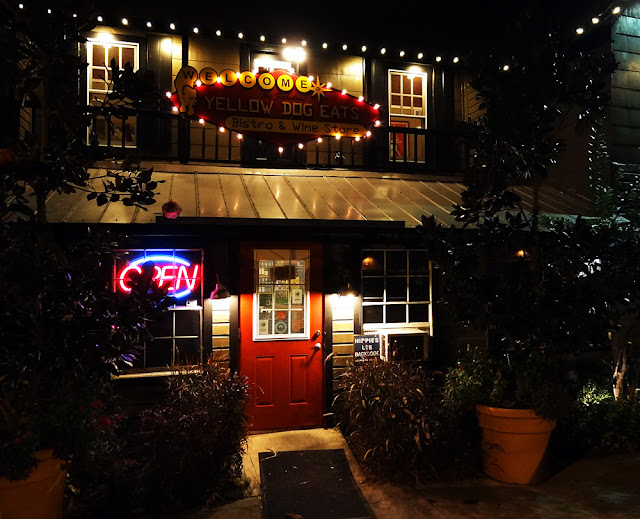 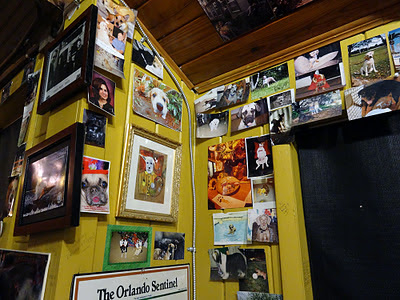 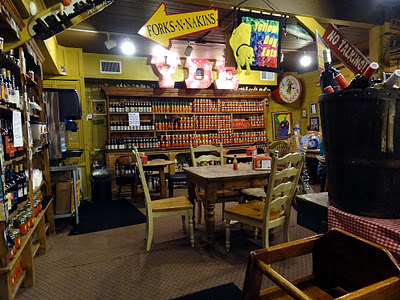 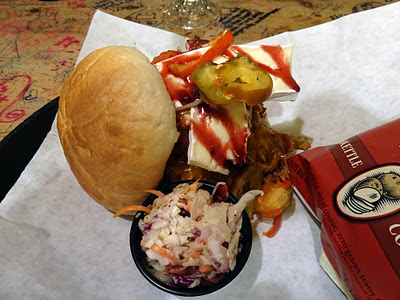